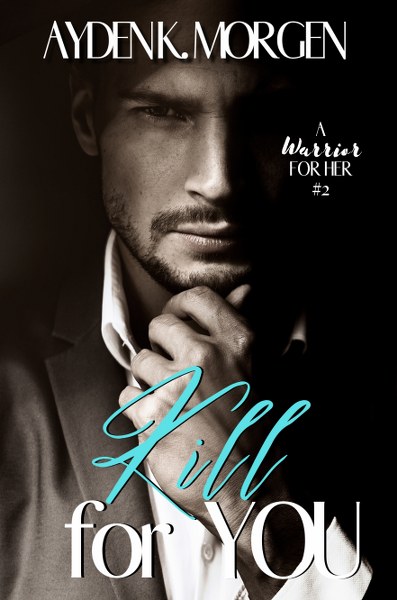 Kill For You
A Warrior For Her #2
by Ayden K. Morgen
Genre: Romantic Suspense

The last thing Detective Octavio Hernandez expects to find at the scene of a mass gang-related shooting is a brown-eyed angel standing bravely in the midst of the chaos. One look at Faith Donovan and the homicide detective knows there’s more to her than meets the eye. She’s keeping secrets that just might help bring down Los Zetas, one of the biggest drug cartels in Los Angeles.
He just has to convince her that trusting him is worth the risk.
Forced upon a mother who didn’t want her and enslaved by a gang that refuses to let her go without a fight, Faith’s life has never been her own. She thought she’d made peace with her fate…until Octavio sweeps in and carries her out of her blood-soaked cage.
Faith trusts no one, but the hardened detective makes it difficult to remember why. The way he cares for her makes her ache for what she never thought she’d find: love and a family of her own. But trusting him when she knows he has an ulterior motive is one of the most difficult things she’ll ever do.
He swore to give her the freedom she craves, but when the secrets she holds paint a target on her back, keeping that promise will prove no easy feat.
To secure her freedom and win her heart, this detective will move mountains. And take down anyone standing in his way.
Kill for You is the second book in a series of interconnected full-length novels featuring law enforcement officers willing to do whatever it takes to protect the women who need them most. Each book can be read as a standalone, has no cheating, and a guaranteed HEA.
Add to Goodreads
Amazon * Apple * B&N * Kobo * Smashwords * Books2Read 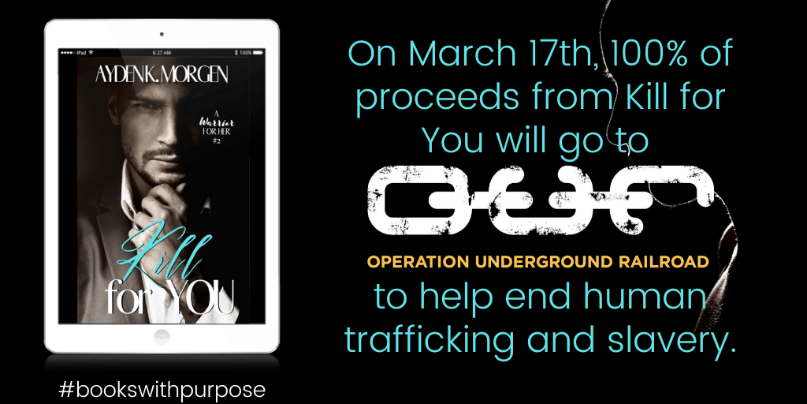 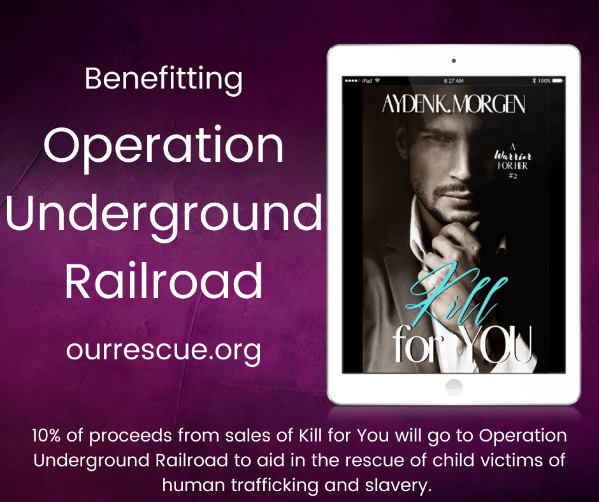 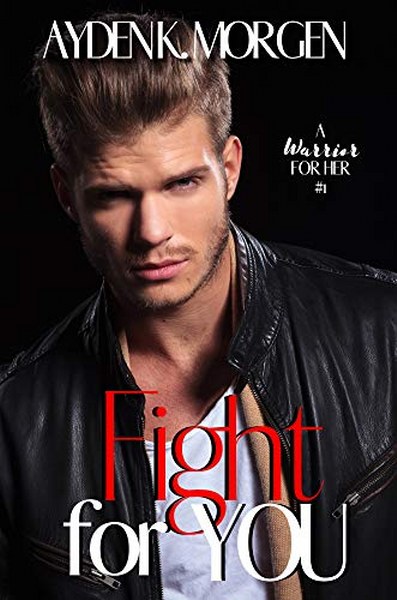 Fight For You
A Warrior For Her #1

Some things are worth fighting for.
Some people are worth dying for.
For me, January James is both.
Too bad she hates me.
Ten years ago, I destroyed her life and lost everything that mattered to me. I’ve been in hell since, desperately trying to forget her even though I’ve never been able to do it. She still haunts me.
Now a dangerous enemy from my past has it out for her. He isn’t going to stop until he gets what he wants. I know I should stay away before I hurt her all over again, but I can’t do it.
It’s time to stop running and start fighting for her.
My name is Michael Kincaid, and this is my swan song. When it’s over, I’ll either be the monster at the end of this book…or I’ll be the man January deserves.
Fight for You is an angsty and emotional brother’s best friend, second chance romance. It is the first book in a series of interconnected full-length standalone novels featuring alpha male cops willing to do whatever it takes to protect the women who need them most. Each book has no cheating, and a guaranteed HEA.
**Only .99cents 3/15 to 3/31 on Amazon!**
Goodreads * Amazon

Ayden K. Morgen is the Amazon Bestselling author of the Ragnarök Prophesies series. She lives in the heart of Arkansas with her childhood sweetheart/husband of fifteen years, and their furry minions. When not writing, she spends her time hiking, reading, volunteering, causing mischief, and building a Spork army.
She graduated summa cum laude with her Bachelor of Science degree in Criminal Justice and Forensic Psychology in 2009 before going on to complete her graduate degree in CJ and Law.
She puts her education to use as a 911 Dispatch Supervisor, where she’s responsible for leading a team of dispatchers as they watch over police, EMS, and firefighters for her county. Her books feature law enforcement officers, the women who love them, and the difficult cases that drive them.
She also writes New Adult Fantasy as A.K. Morgen.
Website * Facebook * Twitter * Instagram * AllAuthor * Bookbub * Amazon * Goodreads

Kim’s Review- ‘Kill For You’

Thank you to Silver Dagger Tours for my free copy in exchange for a honest review.

Well of course I’d be drawn to this book, the genre, the blurb, the man in a suit on the front it all screams ‘Kim’s read’ really. And it did not disappoint one bit!! In all honesty, I am so proud to have this author representing the romantic suspense genre. Here’s what I enjoyed.

Character development– Boy, can this author craft an alpha-male  (that’s not a dick, and come across as not very nice. ) The whole male line up is just tooooooooooo dieeeeeeeeeee for! In one shape or form I swear to God, I tell no lies here. I found the main character Octavio to be very believable, authentic and hot! His co-workers and the other guys who he worked with in the plot, were all just as hot and enjoyable to meet.The same for the females, Faith is just adorable and so strong. Overall I felt that this author did a great job with developing a strong male lead, and a believable female lead that has experienced major trauma.

Now the ‘bad guys’, to me they were also really enjoyable to read and very well developed.

Plot and Pace- it moves quickly, has twists and turns and one very unexpected change for Faith. I never saw it coming ( no spoilers). It was beautiful to read, and nice that it was an outside of the box twist too. The whole plot ties together nicely, it felt almost like reading not just romantic suspense, but also a detective story, as we readers ‘get to the bottom of the mystery’ around Faith.

Reality-  I must say, I found this plot to be very realistic, it touches on abuse and the  human sex and slave trade. It tied in very well with Faith’s  plot twist I mentioned. So not only for me as a reader did I feel the characters were extremely believable, so was the plot, reality, likelihood of things happening. It all left me with no doubts over the character’s motives and actions. It touches on drugs, crime, and gang related activities also. Just brilliantly executed.

Overall, five wonderful, well written and enjoyable stars from me. Romantic suspense fans you don’t wanna miss this one, I’m just sayin’.  I would read more of this author’s work. I have the next one on my kindle, and gutted I can’t read it in time for the end of her book tour, but trust I’ll be reading it!! I wish Author Ayden K. Morgen all the best with her career, and may her pen take over the genre by storm!