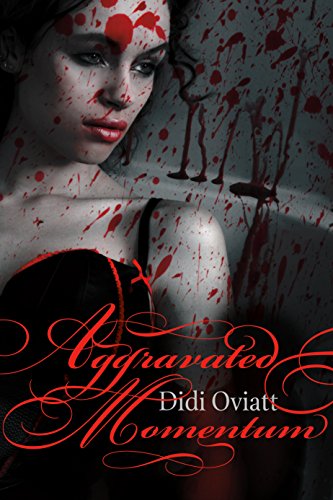 A very enjoyable read! First let me start by saying, this author has a certain style of writing, it’s not just fast paced and gripping, it’s moving and will place you in the same room as the characters. Each character is portrayed via a first person POV, my personal favourite in the thriller genre. Didi Oviatt did not fail me! I was convinced by every character’s POV. Especially  our prime suspect and killer.

Markie finds her self surrounded by death, her nearest and dearest are dropping like flies, and no one can understand why.  Her sister Kam is also unnerved by the random killings taking place. Early on in the book we learn who the suspect is, I won’t give spoilers as I hate these myself. As I was reading I thought to myself why did the author do this, why has she given away the who-dun-it so soon?  Well, there’s a good reason, the plot thickens the murderer is connected not just to Markie, but her sister Kam and  their mother in a major way. And the suspect’s  motive is a sick one, as a reader you know more than the killer does about the past ,as the author shows you it.  There’s more than what meets the eye. Once we learn who our suspect is we take a walk in their shoes for the remaining chapters, Readers experience their sick mind and spiteful ways. We also walk in Markie, Kam and their mother’s shoes.

Each of these characters have their own issues, Markie is grieving the loss of her best friend who was murdered, Kam is in constant conflict with her role as a younger sister and how important she is to Markie, Brock Kam’s boyfriend… hummm don’t let that soft feminine exterior fool you, Evelyn Kam and Markie’s mother is a drama queen, with a LOT  of secrets and a LOT to answer for.

I don’t want to say too much about the plot, as I don’t want to give away too many spoilers, but what I will say is the plot is good, unpredictable and surprising. The ending is left open for a good chance of a part #2,I really hope that there is! I finished the last page feeling like I need more, more answers and more knowledge on what happens to Kam and Markie next.

The last time I read a thriller and felt like I was there, with the murderer in the same room was when I read Gillian Flynn’s Gone Girl. This is the second time. Aggravated Momentum really made me feel as though I was part of the crime scenes, and right next to the killer as they planned and plotted the next move. Just brilliant.

I’ve given this book five stars not just for the unpredictable and surprising plot, but for the writing style and flare in how the story is told, it works well, and how the author was able to write different POV’s consistently, and really well. As readers you are pulled into each character’s POV and issues. It takes a lot of talent to get this right, Didi has done it. Five well deserved stars! I will for sure read part #2… I hear on the grapevine there just might be one landing soon!

One thought on “Book Review: Aggravated Momentum by Didi Oviatt 5*”