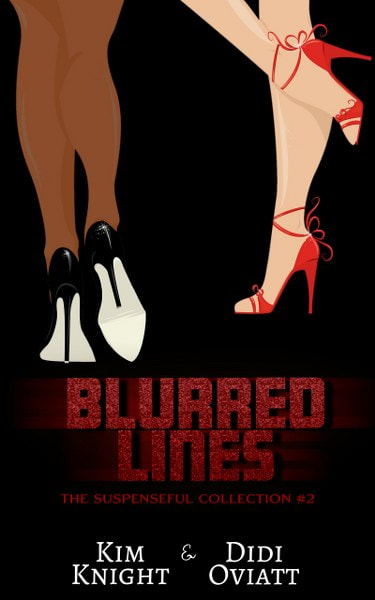 As the second installment of suspenseful short stories by two suspense authors, from diverse backgrounds, Blurred Lines offers a thrill ride with nine stories in genres across the board. From opposite sides of the Atlantic these stories have been created. One author started the tale and the other ended it. No discussion, no pre-planning, but yet their stories are seamless. With the use of writing prompts Kim and Didi have created tales that will tug at your heart strings, drop your jaws, and leave you clinging to the edge of your seat. The continuation of this suspenseful anthology is just as fast paced and engaging as the first set of tales that covers multiple genres. From gory horror, romance, crime fiction, family drama, and fantasy, there is a story for everyone!

Lynn McCarmick has spent six years behind bars for a crime she didn’t commit, although she’s a far cry from an innocent woman. Her once loyal team of con artists set her up for a robbery that landed her a long term home in a Scottish prison. With the help of conjugal visits from Hamish, who keeps tabs on the group who framed her, she’s able to track them and keep a constant eye on their whereabouts. After an early release for good behavior, Lynn is finally able to let the bad bitch inside of her roam free. She goes after the team with the intentions on a much anticipated revenge for her incarceration.

In this star crossed, light hearted tale, two people with the purest of hearts, each long to find a mate who is giving, honest and real. Sandy has been putting herself out there for what she feels is too long, yet she’s only found shallow disconnected interactions. That is until she witnesses an act of kindness from a complete stranger, one that she’s yet to discover has already intertwined his way into her near future.

Alice is one of a kind, and was raised by a nasty man with killer habits. Growing up, Alice was forced to care for her daddy’s pigs, on a farm that he used the animals for the most disgusting things, including the devouring of his victims’ bodies. After an accident rendered the awful man disabled, and Alice had to dispose of his latest victim for him, everything changed. Eventually Alice rid herself of her Daddy and found a man to spend her life with. However, Alice’s tale doesn’t end there! Due to popular demand this story was extended! Alice fell into a depression after learning that her husband was having an affair. She decided to raise pigs of her own, following suit of her father and with the ultimate twist, this gory tale takes Alice and her husband on one hell of a bloody adventure.

Detectives Flynn and McBride are on the case of a murder. Owner of the Chinese restaurant where the body was found, Mr. Wang, is devastated. He’s concerned that this murder could have detrimental effects on his busiess. The pressure is on to find the killer and to clear Mr. Wang’s establishment as a safe place for his patrons. But, not everything is as it seems, and as the killing’s details unravel, the detective piece together outside connections that are weaved into the Wang ties in a very delicate way. Is this merely a case of someone being in the wrong place at the wrong time, or is there more to the murder than meets the eye?

In a tragic tale of tough love and loss, brought about in a western setting, two young lovers are frowned upon by nearly everyone around. Adsila is a teen of Cherokee descent, who falls for a young cowboy. The conception of their child is hidden, yet Adsila’s mother isn’t blind to the fact that her own baby is with child. She aids the young lovers, trying to save the life of their unborn child in a community filled with hate and judgement toward their union.

Franklyn Poppy, is a husband and father who’s found himself in a place between life and death, becomes the loathly witness to the woman he loves having an affair with his twin brother. He’s introduced to the infamous dark Goddess, Maman Bridgette who shares his disdain for the happenings of his wife. The outcome of Mrs. Poppy and her fateful intertwining with this powerful Goddess is powerful and resonating.

The Wilkinson family consists of an Air Force father, a loving mother, and two daughters Anna and Julie. They are polar opposites, and Julie, the younger of the two has a special gift. Along with her constant paranoia of practically everything on this earth, she’s able to see things before they happen, as well as the happenings of people around her. When she’s mentally the witness to a murder that’s yet to be solved, she’s forced into action in an altercation with the killer.

Gretchen isn’t your average witch, as she was born into a clan descending from the blood of Fate herself. Growing up in foster care was an intentional way for her to find her own path in using her magic as she’s intended to be a tool for Fate’s use. Once grown, she’s introduced to the intensity of her gifts, and is thrown into a personal journey involving much higher powers than merely Fate. Gretchen and her mother have a certain potential that dive deeper than either of them ever dreamed.

After the abandonment of their mother, twins Josephine and Jerilynn are taken in by their new stepmom, and become the big sisters to quite the large and quirky family. During a family vacation the two team up, and try to uncover the mystery of their estranged biological mom.
Goodreads * Amazon

A NOTE FROM THE AUTHORS: 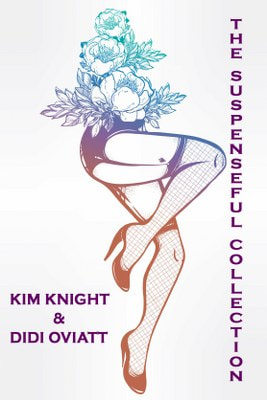 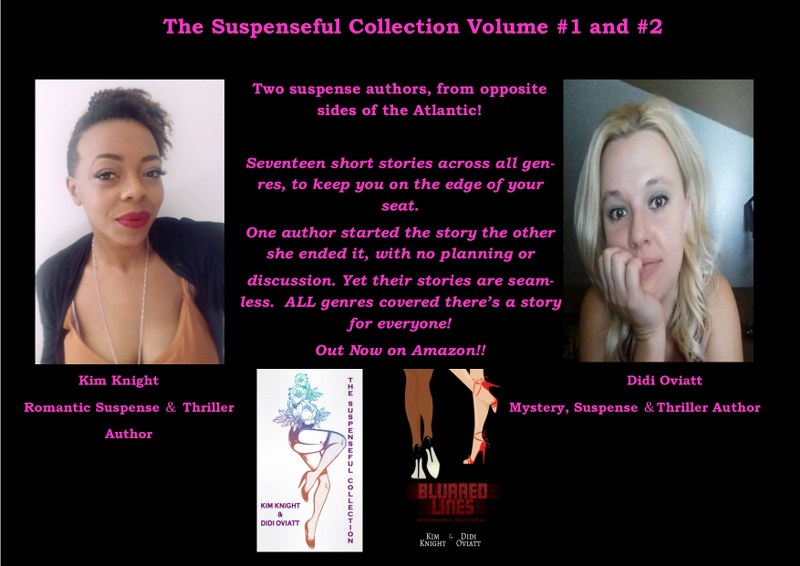 Didi Oviatt is an intuitive soul. She’s a wife and mother first, with one son and one daughter. Her thirst to write was developed at an early age, and she never looked back. After digging down deep and getting in touch with her literary self, she’s writing mystery/thrillers like Search For Maylee, Justice for Belle, Aggravated Momentum, Sketch, and more, along with multiple short story collections. She’s collaborated with Kim Knight in an ongoing interactive short story anthology, The Suspenseful Collection. When Didi doesn’t have her nose buried in a book, she can be found enjoying a laid-back outdoorsy lifestyle. Time spent sleeping under the stars, hiking, fishing, and ATVing the back roads of beautiful mountain trails, and sun-bathing in the desert heat play an important part of her day to day lifestyle.
Website * Facebook * Twitter * Instagram * Bookbub * Amazon * Goodreads

Kim Knight was born in 1983 and from London in the UK. She’s a mother to a beautiful little boy, and a proud award winning author (awarded Best Romance 2017 title for A Stranger In France). Kim started her journey as a traditionally published author and later dived into self-publishing also.
As a reader she’s head over heels in love with romance, historical fiction, crime fiction, African- American, suspense and thriller genre books. As a writer, Kim enjoys creating stories with a diverse and multi-cultural line up, within the romance, romantic suspense and general thriller and crime genres. When she’s not reading, or writing stories of her own her other passions include practising her French, astrology, fashion, make-up artistry, drawing, spending time at her sewing machine dressmaking, watching make -up and beauty tutorials on YouTube, letter writing and being a mum.
Website * Facebook * Twitter * Bookbub * Amazon * Goodreads