What inspired you to write this book?
Into the Shadows was a concept that I had come up with way back when I was in high school. I’ve had these characters floating around in my head for over 15 years and at the beginning of 2019, I decided I was going to sit down and start to write about Lorelei and Vincent’s journey. The main inspiration that I had was music. I discovered my favorite band, Lord of The Lost at the end of 2018 and their music shaped the book and my characters. I even dedicated the book to the members of the band, because I know without their music I wouldn’t have had that ‘Ah-ha!’ moment that I needed to actually get the words written. One of my greatest memories is when I went to Germany in December of 2019, I was able to meet the band after one of their shows and I told them how much they inspired me and that I was dedicating the book to them. They were so grateful and I got hugs from each member of the band.

What can we expect from you in the future?
I have a really overactive imagination and WAY too many story ideas so there will be a lot for me in the future. More from the Shadows universe, that is for SURE. Embrace the Shadows will tie up Lorelei and Vincent’s trilogy, but there are so many other characters that need to be explored that I am going to be writing about. I also have a novella I did that is a contemporary romance involving an online zodiac dating website called Signs of Love that I will be expanding on and putting out as well.

Do you have any “side stories” about the characters?
Totally. And they usually end up being their books, or the concepts for their books. I am planning to make a full world out of this universe so most of the characters are going to get their own single book.

How did you come up with the concept and characters for the book?
They have been in my head for so many years and evolved so many times that I don’t even remember how I came up with the exact concepts anymore!

Where did you come up with the names in the story?
So Vincent was named after Vincent Valentine from Final Fantasy VII, no joke. So I think it is crazy that now when I’m finally publishing them that the remake it coming out!! Lorelei was renamed after I started writing as I didn’t care for her previous name. She was based off the Lord of The Lost song, “Loreley” which is more the traditional German way of spelling the name, but I wanted to make it more Americanized. After I listened to the song, it absolutely fit to be her song and her name.

What did you enjoy most about writing this book?
The whole journey. Actually getting the words on the paper and then seeing where the characters have taken me. How they have evolved and became where they are at now. Then when I actually got the paperback in my hand, I broke down and cried. It was such an amazing moment and the feeling was so incredible.

Tell us about your main characters- what makes them tick?
Lorelei is very headstrong Nephilim. She doesn’t want to have to depend on anyone or anything, but she is so entwined in Vincent that she can’t separate herself from him. In book two, she struggles to try and find her balance and who she is while coping with her powers that are starting to overwhelm her.
Vincent is a badass Demon and Seraphim hybrid. He is motivated to protect those around him that he considers family, which isn’t many people. Lorelei is his world and has been since she came into his life. He is driven by the need to protect her and keep her safe from harm.

Who designed your book covers?
These two were designed by Megan Parker of EmCat designs. She has been fabulous to work with and helped me so much when I was such a little newbie to the custom covers game. I didn’t give her a whole lot to work with on Into The Shadows and she came up with a great concept and then knocked it out of the park with Out of The Shadows. The cover for the final book in the trilogy, Embrace the Shadows is EPIC. ❤

Did you learn anything during the writing of your recent book?
I’ve learned a lot about my voice, and who I am as a writer. I always want to learn and grow and to explore who I am. I think I grow stronger with each book that I write.

If your book was made into a film, who would you like to play the lead?
I always pictured Lindsey Stirling for Lorelei and then Chris Harms, the lead singer of my favorite band as Vincent. They were a lot of inspiration for me.

Anything specific you want to tell your readers?
I love injecting a dash of humor and sarcasm into my books. While you may get all the feels, you are guaranteed to laugh at one point or another with the characters I have. Especially Nicolae. He is a smartass. It pisses Vincent off so much and I love it.

What is your favorite part of this book and why?
I loved writing the first book, Into The Shadows, but I think I loved Out of The Shadows even more. It told the story of their bond, the trials they faced together and boy, is it HOT. I love the emotion of it.

If you could spend time with a character from your book whom would it be? And what would you do during that day?
I love Vincent, but I think I would love to hang out with Nicolae, his badass Nightmare demon second in command. He is such a sarcastic jerk, but also a big giant softie that would just have me laughing all day. We probably would hang out, talk music and I would make him play for me or we would play video games.

Are your characters based off real people or did they all come entirely from your imagination?
Lorelei is actually my alter ego and always has been me, but more assertive. I base a lot of her reactions to things on the way that I would react to situations, she is probably the character that I am closest to and most passionate about. Vincent was originally loosely based on a friend I had from high school, but he evolved and changed so much from when I first came up with the concept that he is more based on the lead singer of my favorite band now.

Do your characters seem to hijack the story or do you feel like you have the reigns of the story?
They like to do what they want ALL the time! I can’t keep them in line that I just gave up on trying to do strict plotting or have a solid plan or outline. I am a total pantster, meaning that I had a basic concept of the story, but I really let the characters take me where they want to go. A lot of the times, it is where they demand to go.

Convince us why you feel your book is a must read.
It gets you on all fronts. There is all of the feels. Lorelei goes through quite a journey as she grows up, before she actually meets Vincent and there are a lot of intense areas that will get you. But there is also passion, intrigue and that dash of sarcasm and humor. The chemistry between Lorelei and Vincent is intense and overwhelming and in book two, it bubbles over and there are so many passionate moments that they share.

Have you written any other books that are not published?
I have a prequel for a new series I am writing that I just finished, but hasn’t been published yet. It is pretty fun as it has Demons, Angels and will be a Reverse Harem outside of the Prequel which is young adult.

What did you edit out of this book?
Into the Shadows went through a lot of edits because it was my first book. I ended up totally re-writing the entire first third of the book because I was just getting my voice and style together and had to scrap what I had originally wrote because it was not very good.

Fun Facts/Behind the Scenes/Did You Know?’-type tidbits about the author, the book or the writing process of the book.
I make dedicated playlists for most of my books! They are included in each of the Shadows books and I love putting them together from the music that inspires me and makes me think of the characters and story. It totally helps me get in the zone, especially if I am moving between different projects. 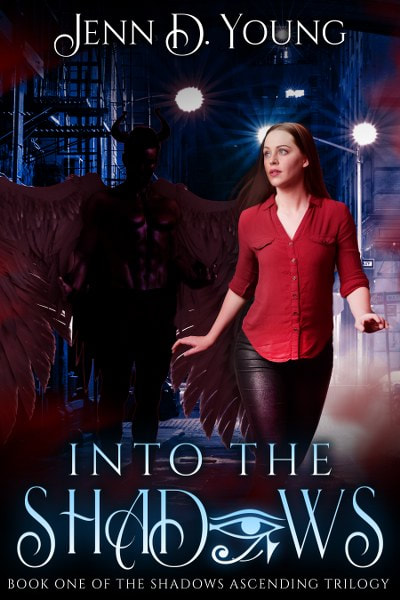 Lorelei
I’ve lived my life on the run. Always looking over my shoulder. Waiting for the day that they would find me. Everyone I have ever loved has been ripped from me until I have nothing left but memories and dreams.
His voice haunts me.
Stirs me.
Makes me yearn for him.
My demon prince from my dreams.
But will I ever find him?
And if I do, will I be able to maintain control over these abilities that are manifesting or will they control me?
Add to Goodreads
Amazon * Books2Read 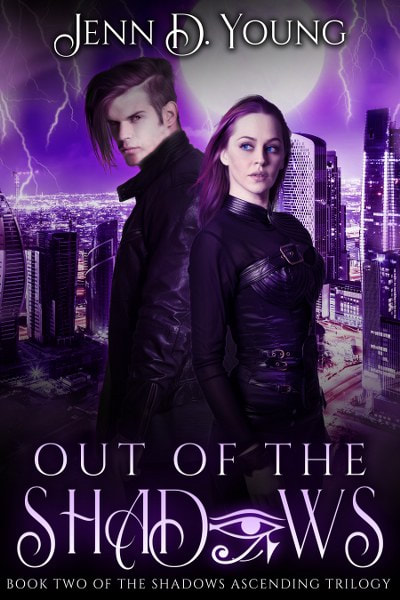 Out of the Shadows
Shadows Ascending Book 2

Lorelei
My time has come. To leave the shadows and learn to control these new powers that have been awakened within me. With my mate, Vincent, at my side, we will work together to battle the forces that are hellbent on bring about the end of the world.
While fighting our intensifying bond, I am thrust into a world of where one of our closest friends is taken captive by The Syndicate.
Will our newly formed bond survive the upcoming battle, or will our enemies destroy us?
Vincent
Lorelei is finally mine. Secure in my arms and bound to me, but we are in the middle of an impending war with Lorelei right at the center of it. Old enemies emerge to capture my oldest and dearest friend and I must do everything in my power to get him back. With Lorelei at my side, I feel invisible, but her powers are growing so rapidly she doesn’t know how to control them.
Am I strong enough to protect her or will they capture her again?
Add to Goodreads
Amazon * Books2Read 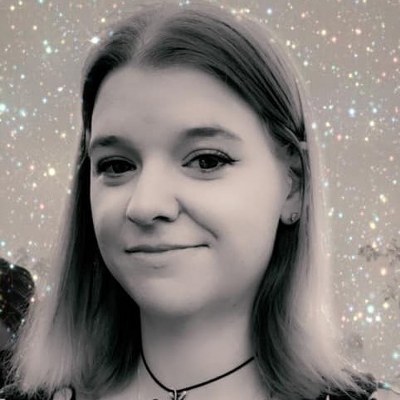 I am a native of Washington, currently living in Arizona. I have always dreamed of writing about the characters that have been floating around in my head. Ever since the age of 14, I have been obsessed with romance novels and reading them as fast as I could get my hands on them. My first love is Paranormal Romance, but I enjoy stories from all across the genre. You can typically find me listening to music or an audiobook, reading, or hanging out with my dogs Hermes and Loki.
Website * Facebook * Reader Group * Instagram * Linktree * Bookbub * Amazon * Goodreads * Newsletter

$25 Amazon Gift card, Swag Pack that includes bookmarks, post card, pen, bracelet and some jewelry items that relate to the books!
Follow the tour HERE for special content and a giveaway!
a Rafflecopter giveaway