It’s week #3  Of Didi and I telling tales, that also means it’s time for you to vote for our next writing prompt for a short story. We’d love you all to join in when the winning prompt is announced on Sunday. Why not write your own story  then link in with us on Tuesday next week?  Use the hashtag #kdsuspense so we can find it :). I think it’s fair to say for both of us, after stepping back in time to an era when neither of us were born, to portray a  notorious feisty Italian – American, lesbian serial killer, from Brooklyn New York (crime fiction). Then moving back to the present day, to portray a white male in his forties, with an extreme case of OCD , schizophrenia and a broken heart vs obsession with another woman (suspense), this week I feel personally  whatever the weather I’ll go with it, this is fun whatever prompt you vote for!

It’s  my turn to research some prompts I have no clue what theme to zone in on.  I looked up the most random prompts I could find, then  showed them to Didi so we could get a list together for you to vote from. She was like “hmm, ohh… yeah I like that, and that, but ya know what  Kim I’ll write them all any character any age,race,gender whatever.” So it looks like we’re both  feeling a lil’ random and whatever the weather this week. So here we go it’s over to you. We have  no theme, no focus just random madness plucked out from generators. The generator threw up all these prompts randomly below, I took the first ones and never looked back. What shall we write?  You decide… more details on the challenge below, and last week’s stories if you’re new to this weekly challenge.

Option One- Random First Line Of A Story Should Start With:

“The entrance to the tunnel was his only way out.”

Option Two- Random First Line Of A Story Should Start With:

“They had to make sure that none of their colleagues noticed.” 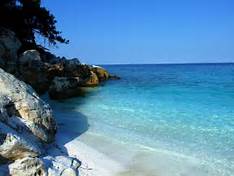 This character is a man or woman in his/ her early forties,  any ethnicity, who is very rebellious. He/ she  comes from a wealthy background, lives in a fisherman’s cottage and tends to drink too much.

This character is a woman/woman in her /his late forties, any ethnicity who can be quite courageous. She/he comes from a comfortable background, lives in the suburbs and tends to drink too much.

Your character is on a journey. However, they are interrupted by a natural disaster OR an accident.

A character unexpectedly bumps into his or her soulmate, literally.

STEP ONE: Every Wednesday well post a voting pole with a few prompts to choose from.
STEP TWO: With the click of a button, you cast your vote on a prompt. (voting will stay open for three days.)
STEP THREE: READ AND ENJOY!  Every week on the following Tuesday we will post the short story that transformed from the very winning prompt you chose!
All comments on the story posts will be open. We love feedback, and I’m willing to bet you will never guess who wrote what!!   Therein a challenge of your own! (Yes, one of us writes in British English, and one of us in American. We are well aware, and ready for some trickery. Trust me, we are brilliant at adapting styles.)