Sometimes you need to be careful what you wish for.
Pretty much settled into her new home in Appomattox with Brett and his daughter, Sheridan longs for something to keep her busy. That is, until Maddie and her new friend are framed for theft and murder. Not quite the distraction she had hoped for, but she’ll turn over every rock to prove their innocence. In the process, she learns about the powerful Buchanan family and the history of the local community. Will the truth come out before the person calling the shots takes Sheridan and Maddie out of the picture?
Goodreads * Amazon

An abandoned house, an abundance of dogs. And a dead body or two.
Sheridan Hendley’s volunteer position at Pets and Paws takes a new turn when more than twenty malnourished dogs are found at a rundown house on the outskirts of town. When the body of an elderly woman is found amidst mountains of clutter in the house, a search of the property leads to startling revelations. And another body. While Herman Stoneham’s death is deemed natural causes, his wife’s is not. Where did all the dogs come from and who’s responsible for Justine’s untimely death? Are the two connected? With dogs and murder at stake, Sheridan can’t help but get involved in the investigation.
Goodreads * Amazon

A touch of nostalgia, a murder, and good friends.
When a former colleague is implicated in his neighbor’s demise, Sheridan Hendley returns to Cold Creek to prove his innocence. Annoying as Max can be, she can’t imagine the quirky professor is capable of murder. Unfortunately, not everyone shares her opinion. Of course, it doesn’t help that Max threatened his neighbor in a public place soon before the man was murdered. Or that the victim’s drug shipments had a habit of turning up on Max’s doorstep.
Goodreads * Amazon 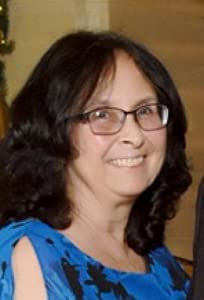 Christa Nardi is an accomplished author of cozy mysteries. Christa’s background is in higher education and psychology, much as her protagonist, Sheridan Hendley in the Cold Creek mystery series. She has always loved mysteries – reading them, writing them, and solving them. Christa is a member of Sisters in Crime.
Website * Facebook * Twitter * Bookbub * Amazon * Goodreads